Facts about the country and its people 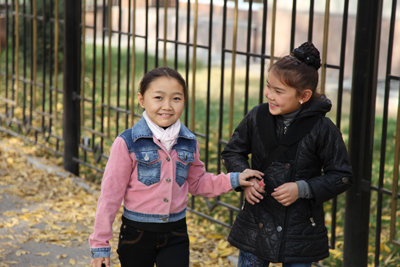 The Kyrgyz (64.9% of the population) are attributed to the Turkic people because of their language and are mainly committed to Sunni Islam.

At the beginning of the 1990s, about 100,000 Germans (Kyrgyzstan Germans) (mostly Baptists or Mennonites) lived there; they are now mostly emigrated to Germany, but there are still small German communities in villages such as Luxembourg and the Red Front. 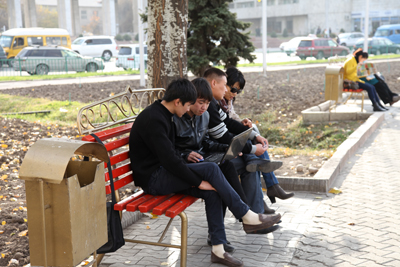 In Kyrgyzstan, there is a real lack of education. It is hard to learn something, but to buy it easily. The educational system is disastrously underfunded and consistently corrupt, according to many of the people who have ever dealt with the education misery of Kyrgyzstan, and have learned this by themselves..

The mountainous Kyrgyzstan has a land area of approximately 200,000 km² and about 5.5 million inhabitants. The country is bordered to the southeast by China, to the north by Kazakhstan, to the south-west by Tajikistan and by the north-west by Uzbekistan.

Kyrgyzstan is situated in the high mountain range of the Tianshan and reaches the highest altitude with the 7,339 m high Czechen Chokusu. 94% of the land area is mountainous, only 20% of the land is farmed.

The land is steppe from 1500 to 1500 m, which has however been cultivated by extensive irrigation systems. From 1,500 m alpine meadows and pastures dominate, reaching as far as the snowfields and glaciers. The forests are at altitudes of 1,500 to 4,000 m above sea level. NN and accommodate about 120 tree and shrub species. With only four percent of the forest area, Kyrgyzstan is one of the foremost countries in Asia, but the largest walnut forest in the world is located in the Jalalabat area. 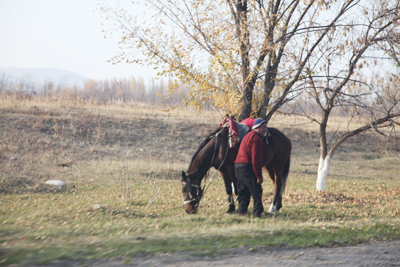 The territory of today’s Kyrgyzstan has been populated by different tribes since the 8th century, whose language is unknown. Probably some of these tribes were Turkic. From 1219 it belonged to the Mongolian kingdom of Genghis Khan, after his death to the inheritance of Tschagatais, a son of Genghis Khan. The area remained Mongolian until it was subjected by the Chinese in the 18th century.

In the second half of the nineteenth century the Russian Empire conquered the country gradually. The Russian dominance in Kyrgyzstan lasted from 1876 until the collapse of the Soviet Union in 1991.

On 31 August 1991 Kyrgyzstan declared its independence.

Since 2010 Kyrgyzstan has been a parliamentary republic.

The country, which had become independent in 1991, took over an economic structure that was completely aligned with the market of the Soviet Union. Although the restructuring of the farms and the privatization of the farms were being tackled, even with the help of international organizations such as the IMF and the World Bank, they were always stalled due to corruption, political opposition and a lack of investor interest.

Nevertheless, the government was able to deal relatively well with an economic basic problem of post-Soviet states, high public expenditure and simultaneous slump in government revenues. The budget deficit declined steadily in the course of the 1990s, so that in 2001 even a small surplus could be reported.

Budget planning, however, remained problematic. Natural catastrophes in the following years increased public expenditure and caused a budget deficit in 2002 and 2003.

A large black market (an estimated 40-50% of gross domestic product), corrupt and inconsistent taxation and low tax rates provide very limited budgetary resources; Measures such as an increase in VAT to 20% in 2004 were taken.

A strict monetary policy could push inflation from over 700% (1993) and 200% (1994) to 4% in 2006. Nevertheless, poverty has not declined. According to the United Nations Development Program, 41% of the population is under the poverty line. 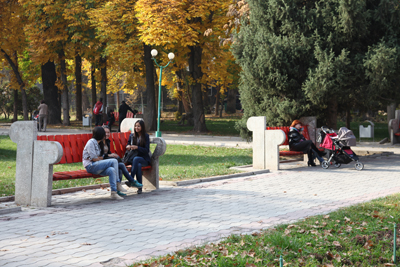